Marvel’s Runaways To End After Season 3

Marvel has announced that the third season of “The Runaways” will be the final season of the show.   The series will be available exclusively on Hulu and will be premiering on December 13rd.

This will also be the closing chapter for Cloak and Dagger, which will also be appearing in some of the episodes.

A new trailer was also released for the third season:

In Season 3, the Runaways find themselves frantically searching for their captured friends Chase, Gert, and Karolina. If that’s not enough, the kids must go head to head with an unstoppable enemy who has targeted Leslie — and the child she’s currently carrying. There’s also still one missing member of the Magistrate’s family, but who is it?

Additionally, Nico’s powers are growing, which alerts Tandy and Tyrone to what’s happening in Los Angeles. Nico has drawn them all into a dark realm, one which Morgan le Fay rules, and she’s much more nefarious than anyone the kids have yet to face. 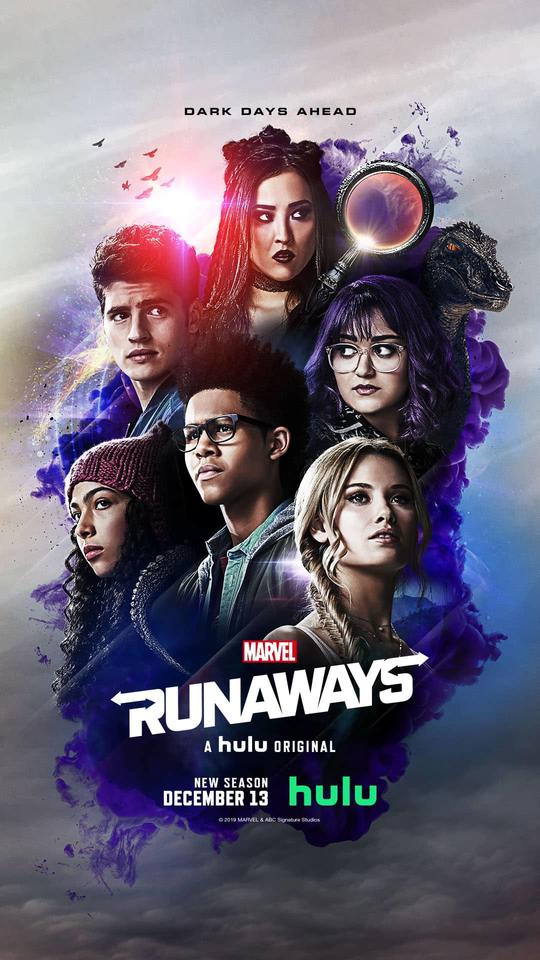 The first season of the Runaways is available on Disney+, so the second and third seasons should eventually be added as well.

Disney+ is set to become the home of live action Marvel series, with multiple projects coming in the years ahead including Loki, Hawkeye and WandaVision.  With just Helstrom set to come to Hulu and Agents of Shield also set to finish at the end of the seventh season.

Are you sad to see the Runaways end?